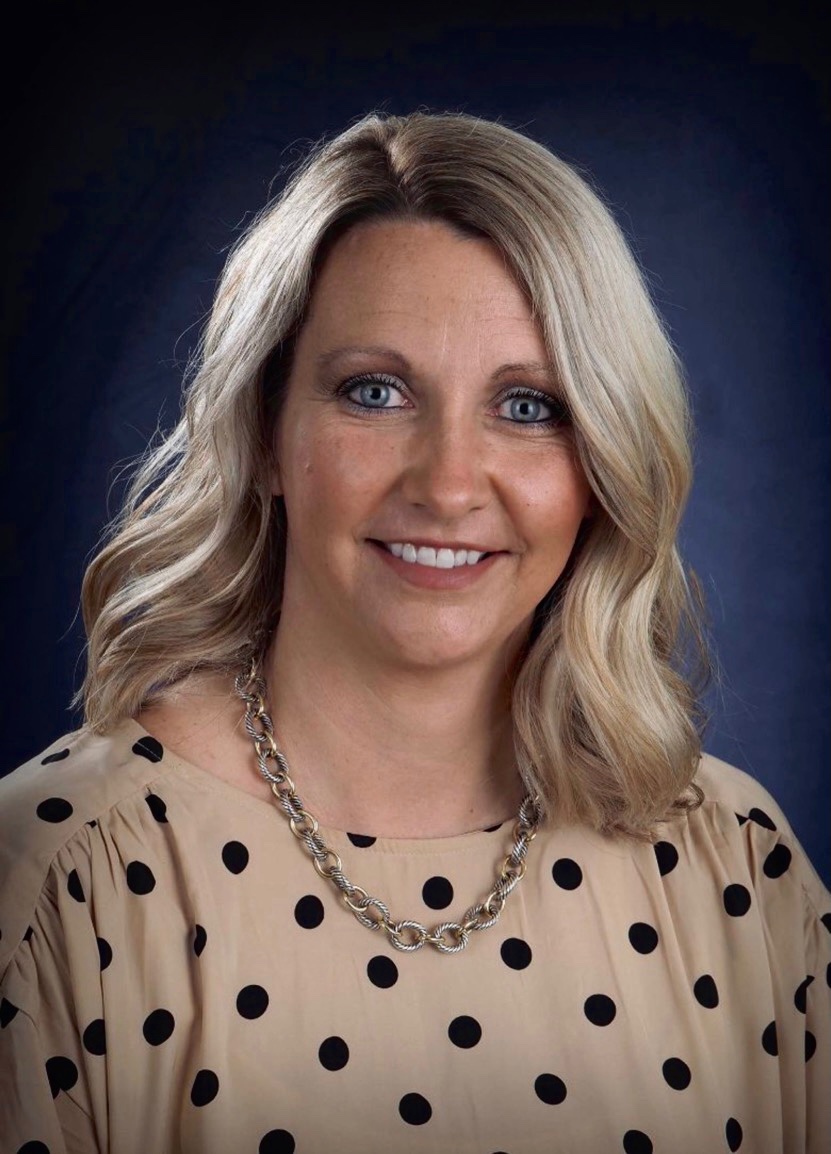 Angela Watkins is the Partnership for Success Coordinator covering Mercer, Monroe, Summers, and Fayette County on the Partnership for Success grant, which focuses on strengthening partnerships with child-serving agencies, schools, and behavioral health providers to prevent underage drinking, intravenous drug use, and marijuana use of high – risk students ages 9 – 20. She works to promote and provide the evolution of positive alternatives for the targeted population with a focus on youth/young adult engagement and leadership throughout the region. She is also the WV KIDS COUNT Regional Ambassador for Region 6.

Angela has 17 years of experience developing and promoting health interventions, marketing strategies, and overall program engagement. She administered the Wellness Contract for the State of West Virginia Public Employees Insurance Agency through multiple RFPs with Marshall University Research Corp. and was a Consumer Engagement Consultant with Humana using her expertise to encourage and improve the overall health and wellness of program participants. Angela holds a Bachelor of Science degree in Health Promotion and an Associate of Science degree in Physical Therapist Assistant

Candace Harless graduated with a Bachelor’s Degree in Social Work from Concord University. She has two years of experience working with prevention, people in recovery, at-risk youth, and diverse youth.

She is an outdoor enthusiast, equality advocate, and loves spending time with her dogs. 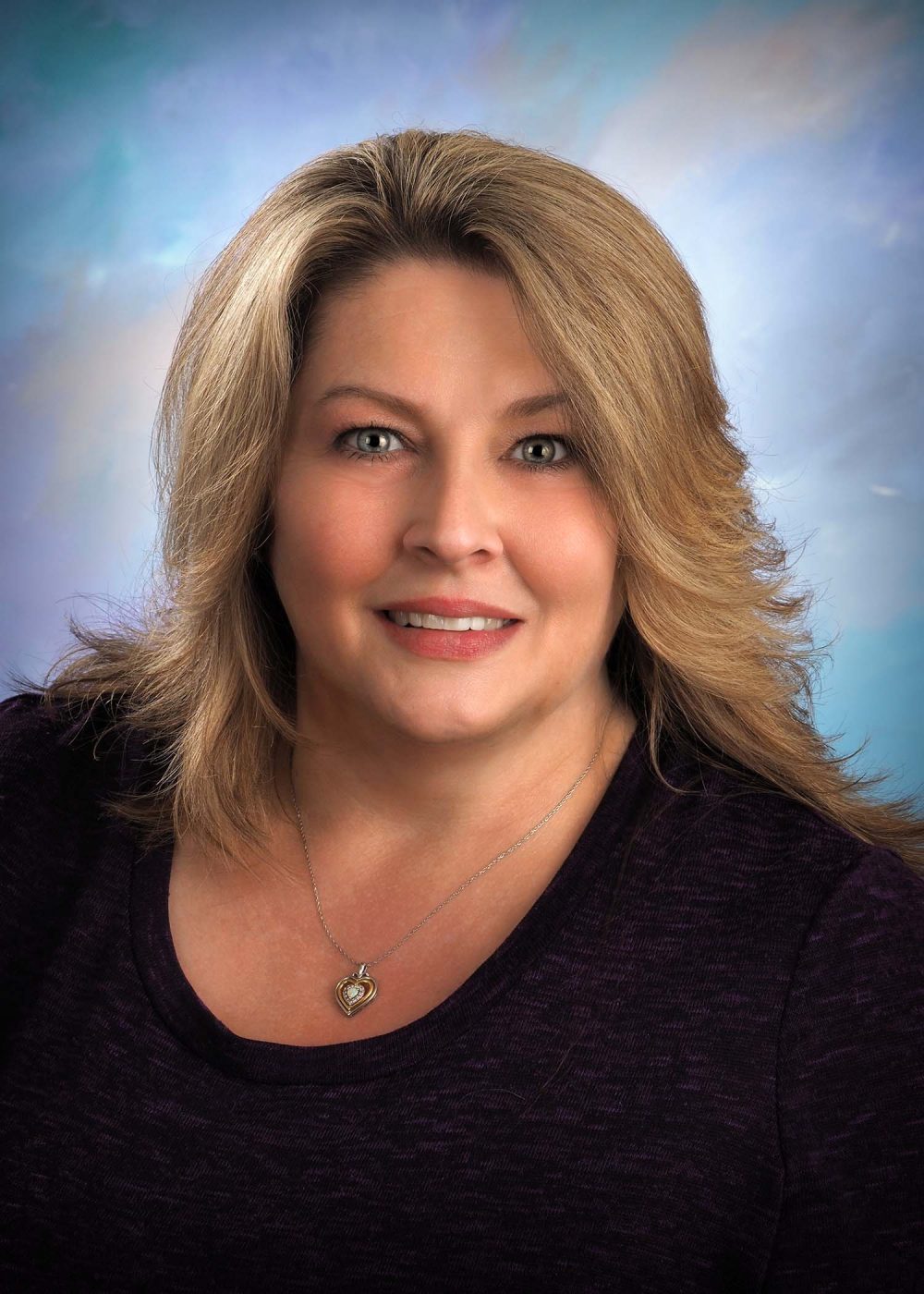 Michelle Sparks serves as the fingerprint Technician through Identogo. As a channeling agent through the FBI and State Police she provides reliable and quality service in a timely fashion. Born in Wyoming County, she is a proud resident of southern West Virginia and enjoys the outdoors by camping, hiking, 4 – wheeling, and researching local history. As a member and secretary of the Matthew French Chapter of the DAR, she enjoys helping preserve local history, genealogy, and serving the community. 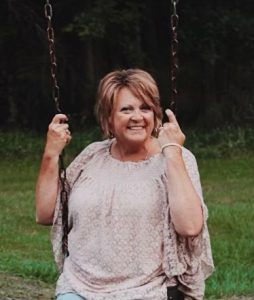 Rhonda Helmondollar has been employed at Community Connections, Inc. since 2006, most recently as Office Manager.  In this role, Rhonda oversees all logistics and systems of agency operations including both fiscal and human resources.

Rhonda has also served in various other positions – including educator of the proven-effective All-Stars Curriculum in Mercer County middle school classrooms, 10+ years of involvement with SADD (Students Against Destructive Decisions) including serving on the West Virginia State Advisory Board, and was the leading contact for the Blessing Box initiative (providing free, non-perishable food in 16 locations throughout Mercer and Summers counties).

Rhonda has a heart for people and regularly seizes opportunities to serve her community – including supporting her church, Cumberland Road Church of God.

Rhonda is married to Terry, and together they have three adult children and three “children-in-love,” Travis and Victoria, Joshua and Sarah, and Audrie and Trevor.  They also have one grandson, Oliver, who calls them Lolli and Pop.  Rhonda enjoys spending time with her family, traveling, and any adventure involving her Jeep Wrangler. 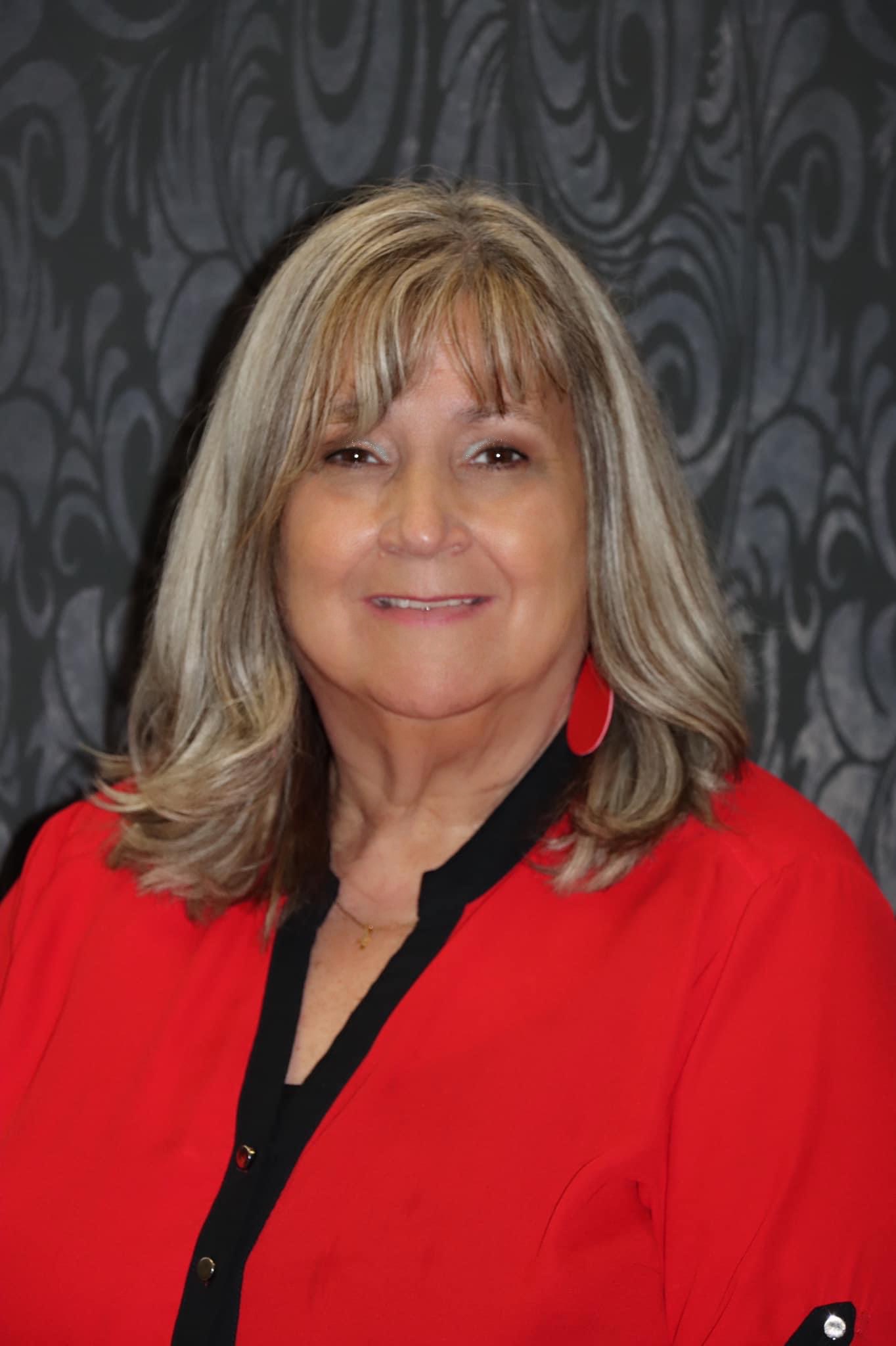 Kathy Brunty holds a BA in Early Childhood Education from Lee University and works as the Partnerships for Success Coordinator serving Wyoming, McDowell and Raleigh Counties. She has dedicated the past 16 years to building the Prevention Coalitions and implementing evidenced-based prevention programs.

She has empowered youth by serving as a SADD Advisor since 2011. The Wyoming County SADD earned National Chapter of the Year 2015, and she was chosen SADD Advisor of the Year in 2016. Kathy has presented across the nation, including Puerto Rico, to empower communities to build stronger youth programs. In Wyoming County, Kathy has led prevention by opening two youth centers, increasing SADD membership from eight students to over 700 students.

In the past two years, she chaired the Prevention Task Force to bring the Future Leaders Program with the National Guard and Prevention Resource Officers to both high schools. She also obtained funding to purchase evidence – based curriculum for every school and has helped establish the Communities in Schools Programs in Wyoming County under the leadership of First Lady Cathy Justice. 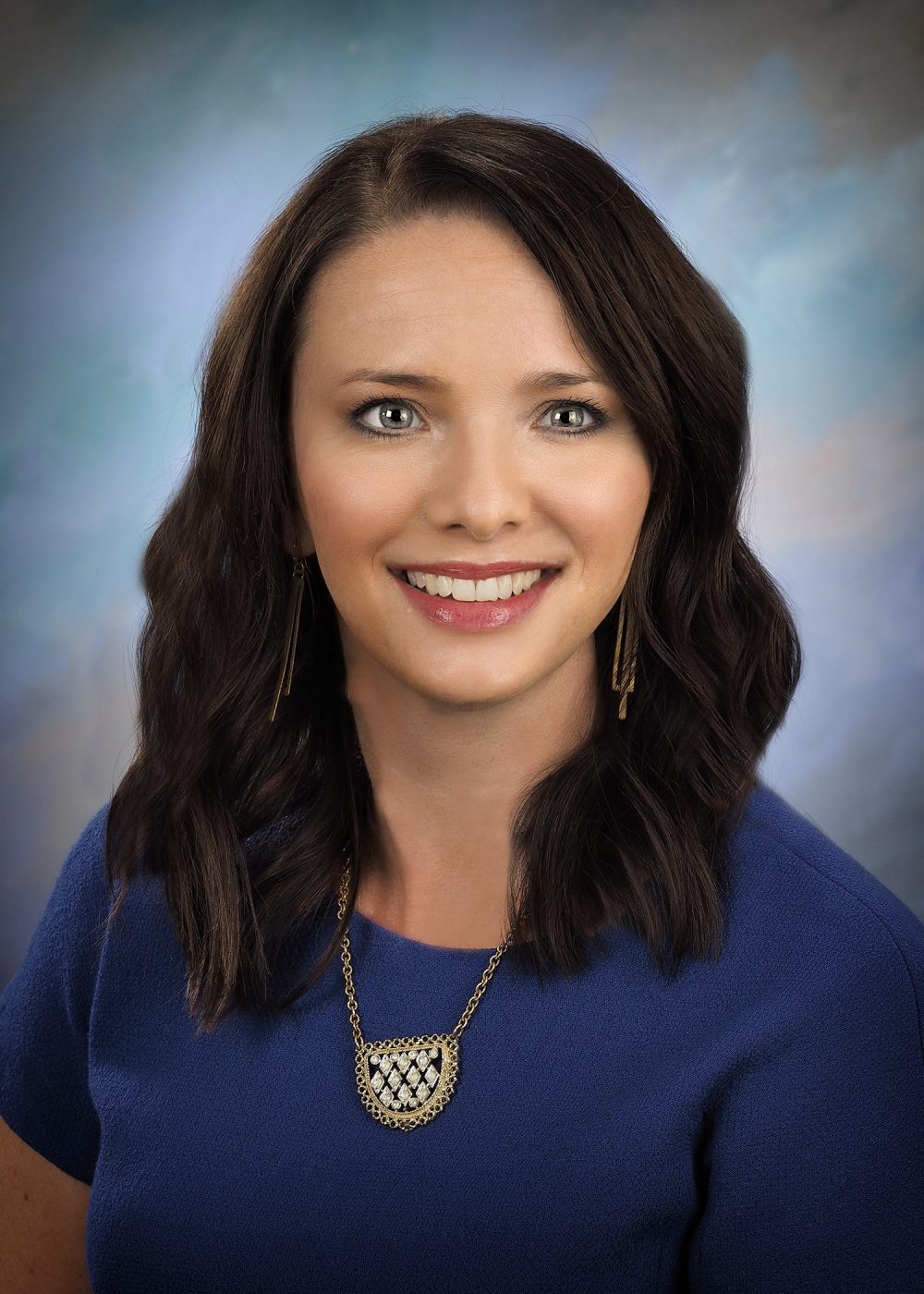 Beth Bailey is currently the Project Director for the Rural Health Opioid Project at Community Connections, Inc. Beth grew up in Mercer County, WV, and graduated from Mercer Christian Academy. After graduating from Johnson University in Knoxville, Tenn., she returned home to Mercer County. For the last twenty years she has worked as a social worker and addiction counselor across multiple settings. Beth’s passion is addiction treatment and connecting people to the resources they need.

Beth and her husband and two children reside in Princeton. 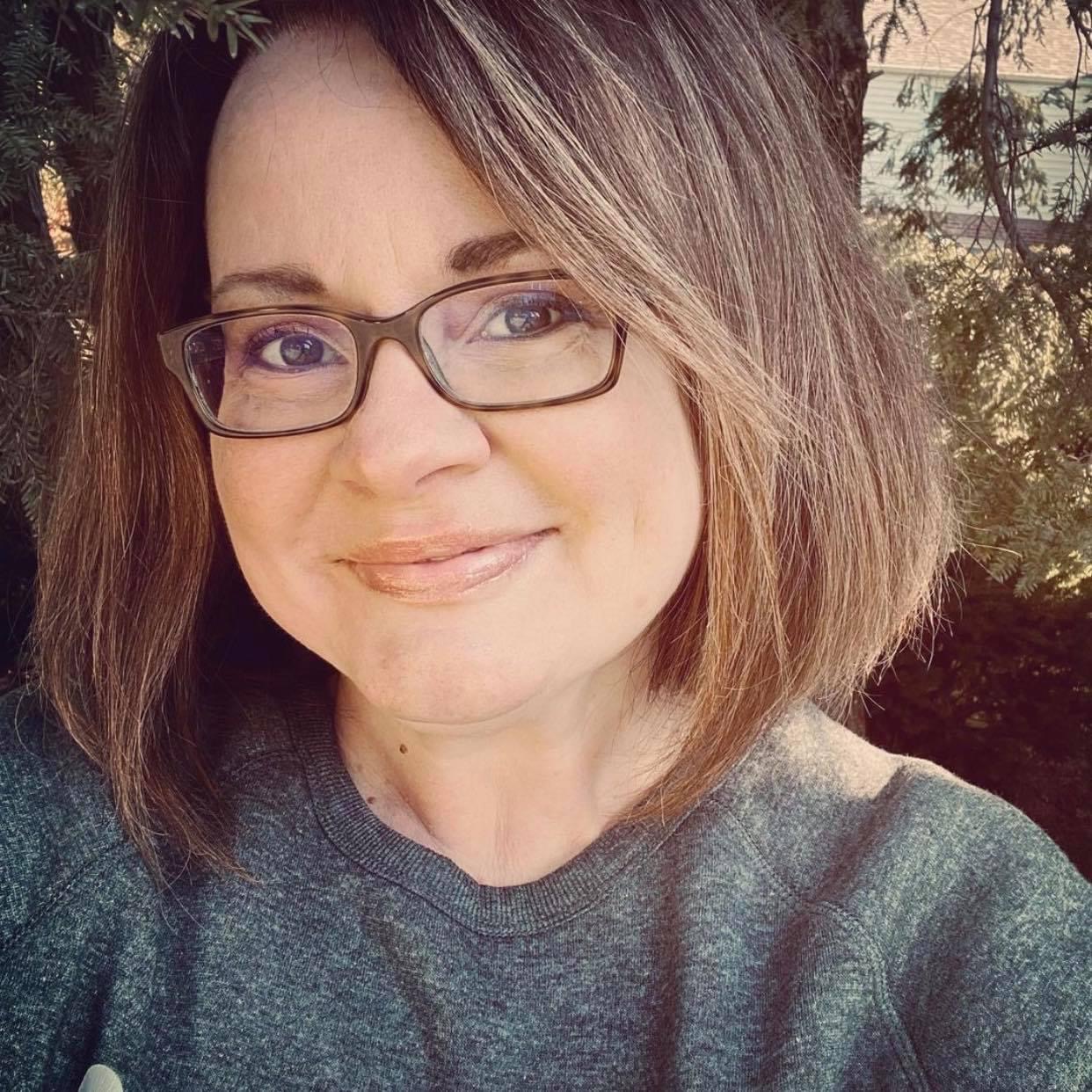 Kathrn A. Kandas serves within the role of Program Director and has almost 20 years of experience working with non-profit and Tribal entities providing grant writing, grants management, program evaluation and oversight, and reporting services. Kathrn has a bachelor’s degree in Organizational Management and Development from Bluefield College and an MBA with a focus in entrepreneurship from Franklin University.

Kathrn is the point-of-contact for RegionVI’s Prevention Without Borders’ community organizations across the 11 counties in Southern West Virginia. 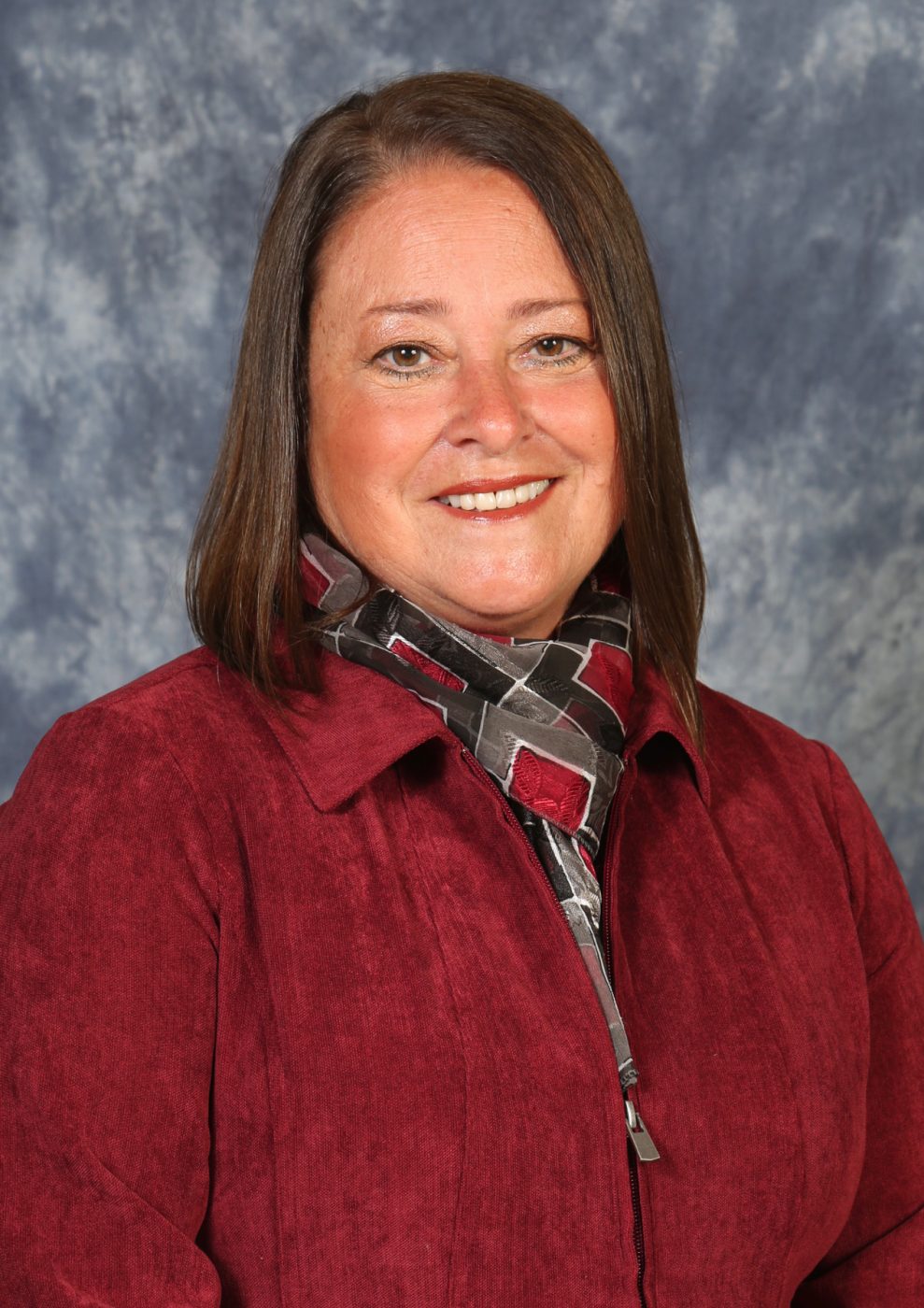 Cheryl Jonese was born in West Virginia and has lived here for most of her life. She has over 35 years of experience in the field of Substance Use Disorders. She worked twenty-five of those in the Treatment and Recovery portion of the continuum of care as a therapist working in West Virginia, Virginia, Arizona, and Hawaii. Serving both youth and adults, Cheryl has worked in various settings to include In patient, Residential, Outpatient, Drug Court, Day Report, and Youth Health Expanded School Mental Health.

She designed and implemented a Co-ed Residential Program in Yuma AZ called “Crossing House”. Through the use of various counseling theories and educational components of the Eight Dimensions of Wellness, residents of “Crossing House” practiced living in the present moment, a lifestyle inconsistent with addiction.

The last 12 years she has worked on the prevention portion of the continuum of care as a Prevention Coordinator at the community level working with youth and adults. In this capacity she has worked in Region 6 covering 11 counties in southern West Virginia. Her work has included helping communities in five West Virginia counties establish community anti-drug coalitions, coordinate evidence – based programming in schools and develop environmental strategies that prevent and reduce the abuse of tobacco, alcohol, and other drugs. She has a Bachelor’s of Arts in Counseling Rehabilitation from Marshall University and a Master’s of Science in Counseling Psychology from Chaminade University. She is also a WV certified Prevention Specialist II.

She is a Board of Directors member of the Pocahontas County Family Resource Network and is Vice – Chair of the Board of Directors of Allegheny Mountain Radio. She is married with three adult children. She considers her most blessed accomplishment is raising her healthy, happy, successful children! 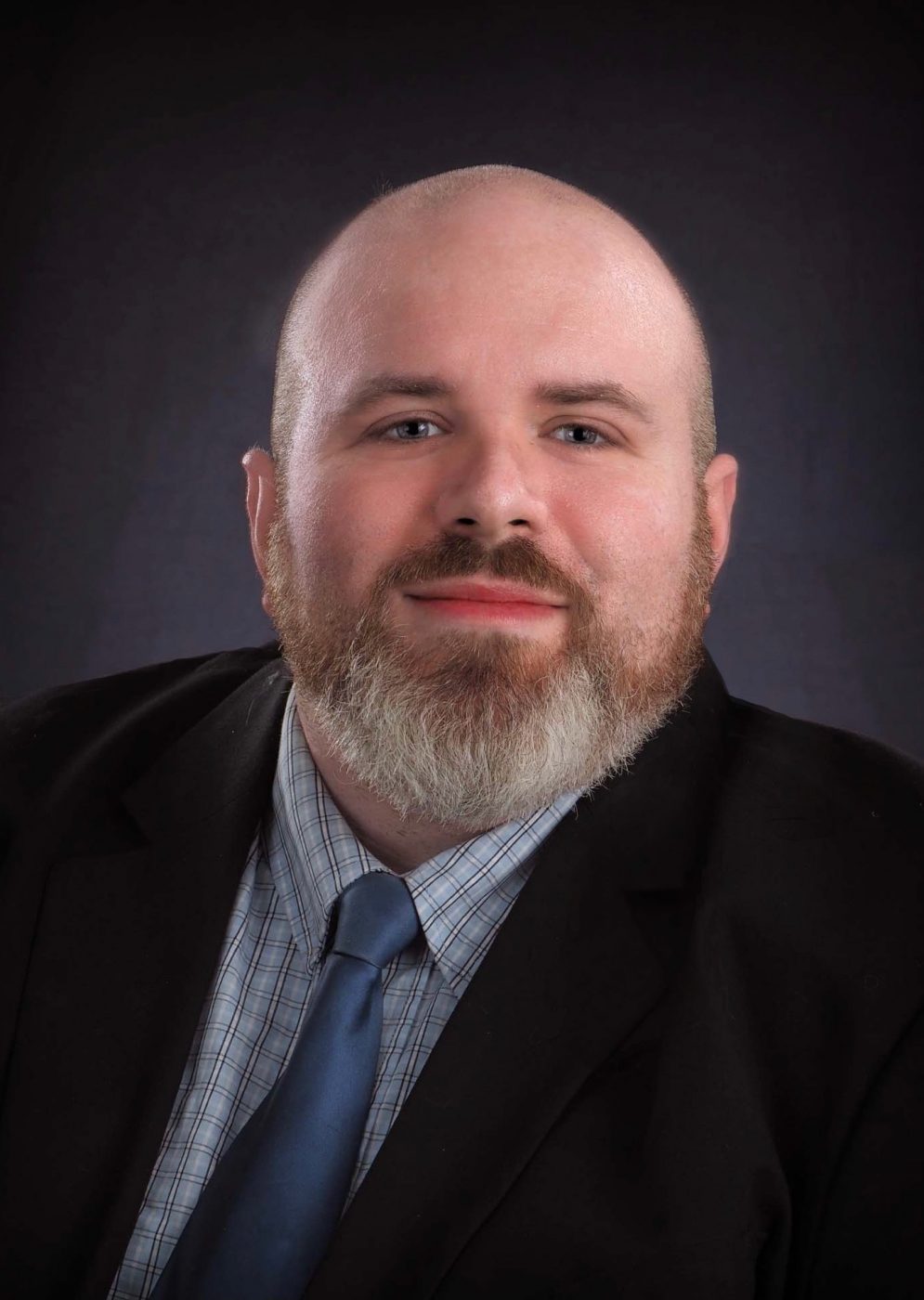 Jamie serves as the Prevention Enhancement Project Director and HRSA Community Educator for Region 6. Jamie’s goal is to develop new and strengthen current substance use prevention efforts within Region 6 by focusing on community education, early intervention, and effective linkage to all pathways of treatment.

Jamie is a native of Maryland’s Eastern Shore, but transplanted to the Mountain State during his adolescence. An avid explorer, he has enjoyed all the amities of what the region has to offer. Currently, Jamie and his family reside in Bluefield, Virginia. 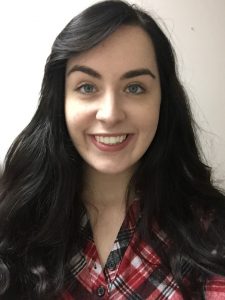 Chelsea holds a Bachelor’s Degree in Social work from Concord University and is a southern West Virginia Native. She currently resides with her family in Princeton, West Virginia. 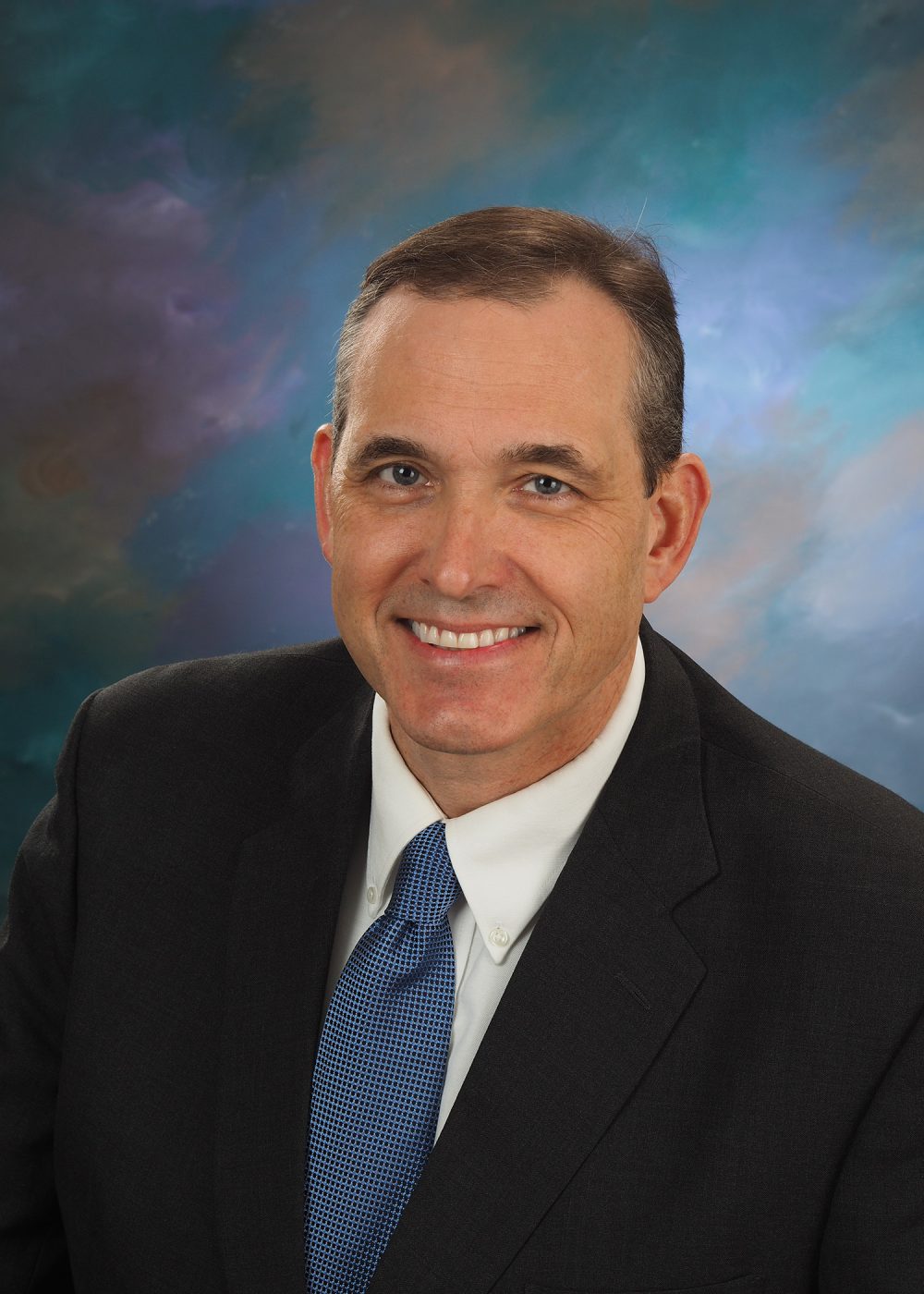 A native southern West Virginian with a passion for prevention, Greg Puckett has worked tirelessly to bring special projects and initiatives to the area in the hopes of preventing the use of alcohol, tobacco and other drugs amongst youth. In 2001, he began serving as Director for the Mercer County Drug Free Community Support Program, a special initiative of CommunityConnections Inc. Together with community partners from the local community anti-drug coalition, he has been successful in reaching across county and state lines to help guide the prevention process. He led the charge to support funding for Teen Courts throughout West Virginia and has advocated for the establishment of Local Coordinating Councils in every county.

As Executive Director of Community Connections, he advocates for strong public policy and leads others to combat the opioid epidemic and community revitalization/stabilization efforts. He currently serves on several state committees including the Governor’s Committee on Crime, Delinquency and Corrections: Juvenile Justice Subcommittee, the WV Tobacco and Cessation TaskForce, the WV Volunteerism Board, and serves as Secretary on the Board of theCommunity Anti-Drug Coalitions of America (CADCA), where he is a past recipient of CADCA’sNational Advocate of the Year award. In 2010, Puckett also assisted CADCA in securing funds to host the first-ever, statewide National Youth Leadership Initiative.

In his role as County Commissioner in Mercer County, Greg has encouraged reinvestment wit hits local community mental health system and diversifying funding to combat the Hepatitis B/C and HIV problems due largely to the health emergency left by the drug problems in the area. Since being elected in 2014, the Commission has invested nearly $750,000 into its local infrastructure, parks and recreation department, and courthouse improvement strategies. They have reinvested funding to its local community mental health system and under Puckett’s leadership, the Commission also placed a heavy emphasis on the county’s litter problem and has been awarded over $100,000 by the WV Department of Environmental Protection for its community based, award winning “Keep Mercer Clean” initiative.

For the past eight years, he has traveled throughout the United States to train communities on community sustainability and locally has worked with funders from the Benedum Foundation, the Appalachian Regional Commission, and others to revitalize his hometown of Princeton, West Virginia. Through the “Princeton Renaissance Project” the group has been actively using culturally effective change strategies to leverage over $400,000 in community donations to revitalize its local downtown theater. The project is also a community engine to reduce substance abuse, reinvigorate hope in its young people, and engage the future, while embracing its past.

He is the father of two children, Lauren and Joseph, who keep him dedicated to making positive changes and leaving a legacy for the next generation to follow.

Natalie Keaton is the program coordinator for the West Virginia Teen Court Association and CADCA grants. Natalie has more than five years of experience as an administrative assistant, notary public, and program coordinator with Community Connections, Inc.

In her free time, Natalie enjoys reading, camping, and fishing. Natalie resides in Princeton with her husband, son, and two rambunctious Labrador retrievers. 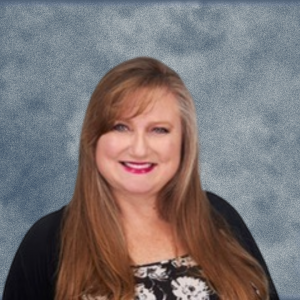 Janet Conroy became a Regional Coordinator with ODCP in October of 2021. In addition to working with ODCP she is a Flight Attendant with a major airline. Janet returned to her hometown of Daniels, WV, after living in Boston, MA to help combat the opioid epidemic while employed with Community Connections, Inc.

Janet earned a Bachelors in Liberal Arts from Concord University, Athens, WV and Entrepreneurial Certificate from NorthEastern in Boston, MA. Most recently she completed a Masters in Sustainability from Harvard University, Cambridge, MA with a Certificate in Sustainable Communities and Cities.

One passion that comes from sustainability is sharing information about recycling. Another passion is exploring and learning the history of people and places.